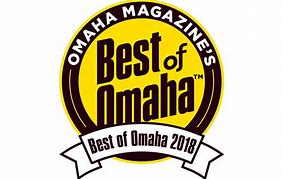 Dr. Lyle Koca exudes passion and enthusiasm for his work, which becomes especially contagious upon entering Koca Chiropractic at 11420 Blondo Street. Celebrating 30 years of helping patients in 2019, Koca Chiropractic has been at this location since 2015 and is always expanding to help patients of all ages heal their bodies from the ground up.

Dr. Koca grew up across the street from a chiropractor in Exeter, Nebraska. He had no idea what went on in the doctor’s office, but he got curious when cars began parking in the lot as early as 7:00 in the morning to line up outside the door. “People would get out and line up at the door like they were going to a rock concert,” Dr. Koca recalls. He couldn’t help but wonder what the doctor was doing in there.

He found out when the chiropractor came to speak during one of Dr. Koca’s high school classes. The doctor explained the concept of the Autonomic Nervous System Chart, which is what Dr. Koca uses to this day. The chart shows which spinal segments relate to which nerves and where they are located in the body. “The role of the nervous system is to perceive the environment around you and keep the body in a state of homeostasis or balance,” Dr. Koca explains. Things such as sweating, digestion, and respiratory rate are all functions of this system. Therefore, Dr. Koca advises, “if the nervous system is less than optimal, you need to get your nervous system checked.”

Later in high school, Dr. Koca threw out his lower back playing basketball, leading him to a series of strained encounters with his medical doctor. “He did what he was trained to do—gave me dope—and sent me on my way,” Dr. Koca remembers. “When the pain didn’t go away, he gave me stronger pills.” It was after his third round of heavy painkillers that 15-year-old Lyle Koca crawled his way across the street to the chiropractor’s office for help. On November 18, 1977, he said to the chiropractor, “I can’t take the pain anymore.” After two x-rays and an adjustment, Dr. Koca was back on his feet and planning for a career as a chiropractor.

Dr. Koca worked in the chiropractor’s clinic until his doctor’s bill was paid and discovered his passion for patient care. After graduating from chiropractic school, he interned and worked with Larry Troxell, whom he refers to fondly as one of his “chiropractic fathers.” After that, he left Davenport, Iowa, and drove west to find a location for his new practice. He thought he would land somewhere like Montana, Idaho, or even as far as Alaska. “We got to Omaha, and we just thought we’d park the Ryder there, stay in a hotel,” Dr. Koca says. “The people are so cool here, they’re so polite here…long story short, I took the Nebraska boards, signed a lease on a space, and it all worked out.”

Always keen on helping people, Dr. Koca truly enjoys his work and is still having fun after 30 years. When asked how many patients he sees daily, Dr. Koca simply won’t refer to his patients in numerical terms. “Everybody has a story, everyone matters, everybody counts,” he asserts. “From the minute they’re born until the last breath of life, I want to be there for them.”

When Dr. Koca says “from the minute they’re born,” he really means it. Did you know that up to 60 pounds of force is generated on a baby’s neck during childbirth? Dr. Koca has had success with babies struggling with multiple ear infections, sensory disorders, stomach problems, colic, reflux, sinus problems, and sleeping issues. Rick Jennings and his family (wife Dominique and daughter Olivia) have been patients of Dr. Koca’s for five years. “It’s really flexible,” Rick says. “It’s not like other offices—most of the time, I can get in the very same day without waiting. They’re always upbeat, too.” When Olivia came down with a cough, they took her to multiple doctors who thought she had allergies. “We never saw good results,” Rick shares. “One day, she came to Dr. Koca with my wife and got adjusted—and the cough went away! From there, the whole family was hooked.”

Koca Chiropractic is open six days a week. Dr. Koca and his staff are ready and willing to enhance the quality of your life using their cutting-edge technology and the Gonstead System, which provides specific system analysis and a precise way of adjusting for optimum results. If you want an office that treats you like family, call Koca Chiropractic today at 402-496-4570 or visit kocachiropractic.com.